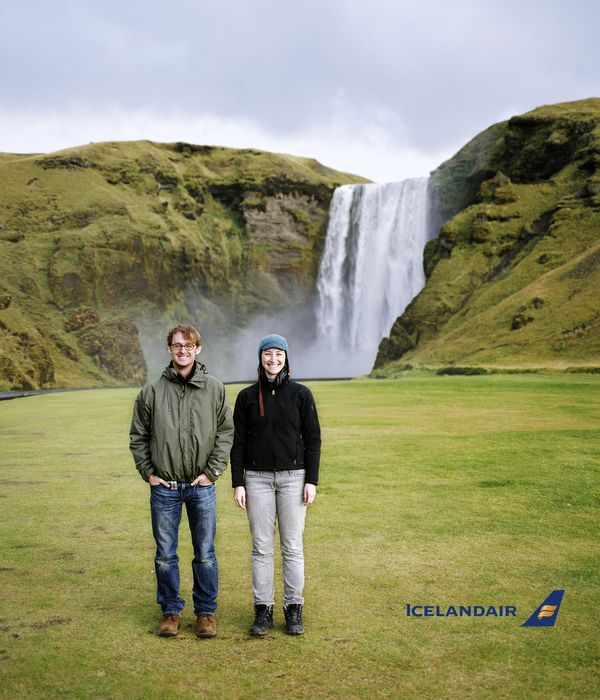 Herd In Iceland's successful Kickstarter and partnership with IcelandAir have helped to finish the film and get it on the festival circuit. Check our calendar of screening dates to see when it will be in a town near you! Herd is collecting awards and has won at the following festivals: Black Hills, Louisville International, Heartland, Bend, L.A. Femme, Praxis, and Oxford Mississippi,

Herd In Iceland is a documentary about the annual round-up of the Icelandic horse, isolated for centuries by the country's oceanic borders.

Herd In Iceland began filming in the fall of 2010, when Lindsay Blatt and Paul Taggart traveled to Iceland to document the Icelandic herders as they collected their horses across the island’s remote terrain. During the summer months, the horses live a wild existence, grazing in the highlands and raising their young. Each fall, they are rounded up by local farmers and directed across the stunning landscape. This valued tradition is a social and cultural touchstone for both the farmers who own the horses and the city dwellers who travel to the countryside to participate.

The horse holds a precious place in Icelandic culture, art and tradition; for over 1,000 years Icelandic law has prohibited the importation of horses onto the island. By telling the story of this annual journey, Herd in Iceland captures the symbolism behind the horses and the nation they represent.

Lindsay and Paul spent time with the herders and others who ensure that this tradition continues. They filmed from land and air, foot and hoof across the vast Icelandic landscape, following and living with the herdsmen. Herd in Iceland takes you into a journey that is largely unknown but filled with meaning and beauty for those who sustain it.

Lindsay Blatt earned a BFA from Pratt Institute in New York, and was honored with the Outstanding Merit in Photography award. Her work has appeared in Harper’s Magazine, Modern Farmer, The Boston Globe’s Big Picture, Feature Shoot, and The New York Times. She owns Archerfish, a full-service film and video production company with clients that include: Etsy, The Victoria & Albert Museum, and Fraunhofer; a non-profit that manufactures plant-based vaccines. She has worked at The New York Times, Instagram, Vogue, Newsweek, and UNICEF. She's currently producing a feature-length science documentary for VICE.

Paul Taggart was one of the few unembedded western journalists to cover the month long battle and siege of Najaf, Iraq in 2004 between the Mahdi Militia and the coalition forces. Other prominent news stories Taggart has covered have been Benazir Bhutto’s return to Pakistan in 2007 and the dual bombing of her convoy after leaving the airport, the Tsunami in Banda Aceh, the 2005 famine in Niger, the 2005 elections in Liberia, the 2006 war in Lebanon, and the 3-month-long siege of the Nahr al-Bared refugee camp in northern Lebanon in the summer of 2007. Taggart’s work has appeared in Newsweek, New York Times, US News and World Report, Boston Globe, National Geographic Adventure, and the Times of London.